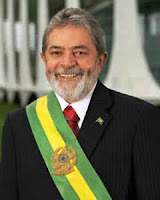 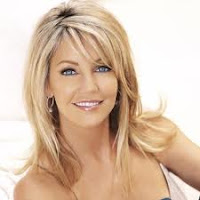 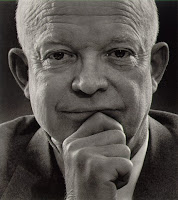 
In my continued efforts to investigate my ancestry, I shelled out even more money to get my Dad’s genome tested with 23andme.

Part of this was to see if I could get more information on the oral tradition of Native American and “Black Dutch” ancestry on his side of the family. The website 23andme, in addition to telling you your paternal and maternal haplogroup and your likelihood for particular diseases and traits (“Yes you have blue eyes!”) has something called “Ancestry Painting” which will break your genome down into three ethnic groups: European, African, and Asian. It also goes a step further and give you your likelihood of having Native American ancestry in the past five generations.

Which sounds about right to me, and fits in with when and where the tradition of Native ancestry started in my family tree. But the segment is so small I want to be sure it is not just statistical ‘noise” and send it off to a couple of genetic specialists, Dr. Doug McDonald and David W of the Eurogenes blog.


Here’s where it gets interesting. Both these guys, who do a much more detailed and precise scan than 23andme, tell me the “non-European” bit is not Asian or Native American, but African. David W ID’s the African as West African, and says because the rest of my Dad’s genome is Western European, he believe that it probably comes from “a distant African- American ancestor”.

“Your Dad?” says one friend. “He’s about as white as anybody could get without being an albino!”.

It’s true. My Dad looks like a perfect Celt--blue eyes, red hair, ruddy skin. And all this time--according to the ‘one-drop rule’-- he has been a black man passing for white.


But suddenly, with this bit of news, certain ‘suspect’ behaviors in my Dad’s otherwise French, English and Scots-Irish demeanor fall into place. I quickly go through the mental checklist: 1. the only white guy in the very white Southern California neighborhood I grew up in to stand up at a crowded and heated neighborhood meeting and argue for school integration, 2. wanted to take me to see Martin Luther King speak when I was a kid instead of letting me go off to play Barbie or Superman with my friends. 3. taught journalism at a black university. 4. worked as an editor for a black newspaper. 5. takes me to Leimert Park, a historically black neighborhood in Los Angeles, to chat with a woman who owns a store specializing in African-American history, instead of going to Disneyland or Universal Studios, 6. has a mother from a white Southern family who tells me when I am a teenager that she would disown me if I ever married any of the black boys I was then dating, but who spends almost her entire adult life living in Inglewood.

Very suspicious, all this. The call of the ancestors is louder than any one of us could imagine.

When I tell my “nearly Albino” Dad that he has that one drop, he just kind of shrugs his shoulders, not seeming the least surprised. My brother, another pale skinned red-head, says jokingly that this explains why I know how to dance. My sister, the dark haired, dark-eyed one in the family, says “I always knew I was part black!” remembering that in high school she always felt more comfortable with mixed race kids.

As for me, I now have another excuse besides my maternal Jewish lineage for my frizzy out of control hair being ‘not quite white’. And it has opened up a whole new set of questions for me. Like: how come so many white American people are looking for their Native ancestors but not their African ones? Is that “Cherokee Princess” that pops up in so many white Southern genealogies actually a light-skinned black person who needed an excuse for their complexion? Does this negate or just push further back in time any Native ancestry ( which I have been all along so certain of) that I may have? Who were my black ancestors and at what point did one of them make the decision to be white?

And: What does it say about our country’s historic obsession with racial and ethnic definition when a “white” person like me--who could pass for WASP-- turns out also to be Jewish, Native and African?
Posted by Lisa Gale Garrigues at 11:23 AM 8 comments: