A Response from Denise and Two More Poems 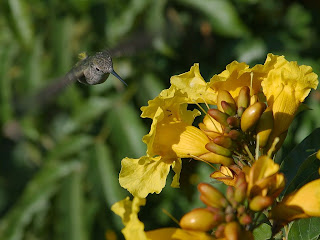 The sudden death of a friend is never easy, but especially challenging if it has been murder or suicide.

Now that I have been through this a few times, I know something about the stages of grief you go through--denial, anger, eventual acceptance, and in the case of suicide--guilt. ("I should have known, I should have been able to do something.")

But I forget that each death brings its own particular grieving. This one hit me on a very physical level, like my body and soul had been slammed by a truck.

But each death or loss also brings its own teaching. I know that the only way to really 'get it' is to go through the grief, to not get stuck in denial. So I have let myself have all my emotions and internal conversations about guilt and anger and pain and loss and even humour.


Then there are the conversations with Denise. Many people have talked and written about "after-death communication". What exactly this is we can't really know, whether it is our own hopes and feelings attached to mere synchonicities, or genuine communication from the beyond. My own belief says probably a combination of the two, since my own belief about the immediate afterlife is that we simply change form.

There is even a form of grief therapy now called "Induced After Death Communcation", where the patient is encouraged to 'get in touch' with their lost loved one.

So in the first few days after I found out about her death, I was hearing a running conversation with her in my mind. Some of it was painful, some of it comforting, some of it was funny. Just like Denise herself. "Death is painful but not as painful as life," she said. And "don't bother me, I'm busy with my family." And: "Lots of good-looking sailors over here."

Maybe it was just me talking to my own memories, maybe not. Guess I won't know til I get to wherever she is.

At one moment when I was in the middle of yet another argument with her inside my head, I said, "Okay fine, if you are really
are still out there somewhere communicating with me, prove it. send me another email...Ha, I bet you can't do that, can you? I don't mean some kind of internal dialogue thing, I mean a REAL message."

And then I sat back, smugly with my arms folded, waiting for what I knew was impossible to happen. In a few moments, I'll check my email and see if she really did send something, ha ha, which of course I knew she can't, then we'll be done with this After Death Communication hallucination once and for all.

These are the strange mental Grand Canyons grief sends you into.

And I felt the fluttering of these wings deep inside me, lifting me and making me laugh.

Thank you, I said.

Some messages don't end up in your computer, but in your heart, where they belong.

And we don't really know who sends them, do we?

Poem: "Goldfinches" by Mary Oliver from Owls and
> Other Fantasies: Poems and Essays. © Beacon Press.
>
> Goldfinches
>
> Some goldfinches were having a melodious argument
> at the edge of a puddle. The birds wanted to bathe,
> or
> perhaps just to dip their heads and look at
> themselves,
> and they were having trouble with who should be
> first, and so on. So they discussed it while I stood
> in
> the distance, listening. Perhaps in Tibet, in the
> old
> holy places, they also have such fragile bells. Or
> are
> these birds really just that, bells come to us—come
> to
> this road in America—let us bow our heads and
> remember now how we used to do it, say a prayer.
> Meanwhile the birds bathe and splash and have a
> good time. Then they fly off, their dark wings open—
> ing from their bright, yellow bodies; their tiny
> feet,
> all washed, clasping the air.
>
>
>

> Poem: "Trust" by Thomas R. Smith, from Waking before
> Dawn. © Red Dragonfly Press. Reprinted with
> permission.
>
> Trust
>
> It's like so many other things in life
> to which you must say no or yes.
> So you take your car to the new mechanic.
> Sometimes the best thing to do is trust.
>
> The package left with the disreputable-looking
> clerk, the check gulped by the night deposit,
> the envelope passed by dozens of strangers—
> all show up at their intended destinations.
>
> The theft that could have happened doesn't.
> Wind finally gets where it was going
> through the snowy trees, and the river, even
> when frozen, arrives at the right place.
>
> And sometimes you sense how faithfully your life
> is delivered, even though you can't read the
address.
Posted by Lisa Gale Garrigues at 11:58 AM