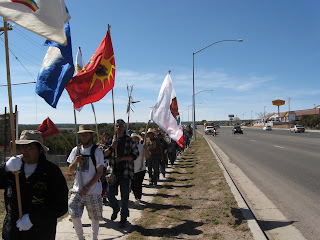 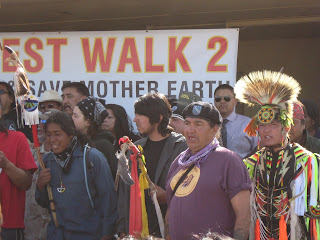 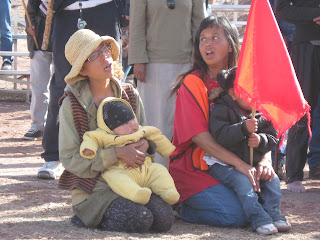 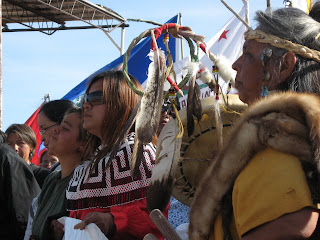 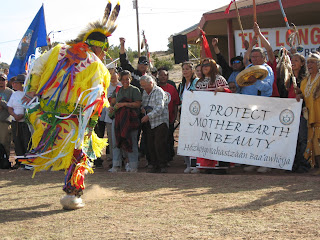 After a couple of days rest in Ganado, it was finally a day to walk.

My father had given up on the tent and taken a motel in Gallup. I stayed with the walkers.

We did around twelve miles, and were joined by local people from the rez--young and old, on feet, in wheelchairs, everybody moving towards Window Rock as the Buddhist monks and nuns kept time with their drum.

I made some new friends. One of them, also named Lisa, had a sore foot and wasn't going to walk, but she was asked to drum with the Buddhists, so walked anyway. She lived on the reservation. This was the first time she had left her 5 kids for any substantial amount of time. Her husband was taking care of the kids while she walked.

She says she'll go as long as this arrangement seems to work.

This was the first day of 'serious' walking for me. The beginning and end were fine--the worst part was in the middle. I also realized that I brought too much weight in my bag.

On the way, I spoke to another woman from the rez who had gone to California to live and then returned. "It's good to be home," she said.

We were greeted at Window Rock by speeches by members of the Navajo tribal council and others--and of course, food.

The welcome and appreciation the walkers have received from communities along the way has been phenomenal.
Posted by Lisa Gale Garrigues at 6:34 AM