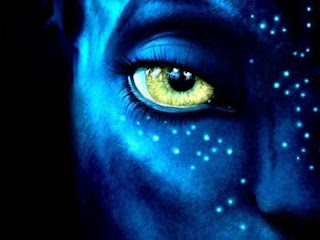 Today I read a Yahoo news story which announced that there were 'hidden' anti-war, pro-environment messages in the film "Avatar."

I saw Avatar a few days ago. The script had every " Dances With Wolves" cliche in the book, but the movie was fun to watch, and the message was pretty clear: Don't Mess with Mama Earth.

Your blog keeps getting better and better! Your older articles are not as good as newer ones you have a lot more creativity and originality now keep it up!

Yes, I agree, but you should go back and see it in 3-D, too! I enjoyed all the special effects for about 80 minutes, but since I had a long drive home, I left early when the plot became kind of predictable.

Thanks anonymous, whoever you are! My older blog posts were frequently done 'on the run' while I was travelling and zipping in and out of internet cafes to post the occasional update. I now have a little more time and stability to let the creativity and originality flourish.

IMB--Thank you for your comment. The article you are referring to is the one for YES magazine about Costa Rica topping the Happy Planet Index. I did not create the Index, I only reported on it, and then wrote about what practical solutions to current problems like environmental abuse, war and illness that we here in the States might learn from. (There is always room for improvement, no matter where you live.) BTW-- Though China and Saudi Arabia may be high on that list, and though I would like to visit Costa Rica, I LOVE living in San Francisco. (If SF were a country, it would probably rate pretty high on the Happy Planet Index.) Don't know Toronto, hope to visit some day.

George--You are right about seeing it in 3D. I saw Alice in Wonderland in 3D the other day, and now regret not seeing Avatar in 3D too. So maybe I'll have to go again.