DNA Tribes and All My Relations 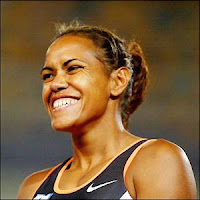 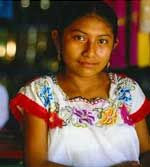 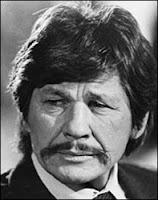 I finally broke down and decided to see what my DNA had to tell me, if anything, about my ancestry.

So I sent my spit to an organization called DNA tribes and they sent me back a chart with my DNA alleles as well as three lists that matched me with current global populations. The first list matched my DNA to "Native Populations" around the globe that have experienced little admixture with other peoples. Since I am pretty mixed up ancestrally, my scores that matched these 'pure blood' folks were pretty low. Some in the top twenty included the Russian Bashkir (#1), the Tatars (#2), the Russian Udmurts, the Scots, the Finns, the English, the Irish, the Italians of Umbria, and the Iranians.

I found only minimal matches to existing Native American tribes in their data base, the highest being the Inuit. Many tribes, like the Cherokee, are not included in the DNA Tribes data base. Also surprisingly low matching scores with Ashkenazi Jews, despite the fact that I am Ashkenazi Jewish through my mother's direct line.


The second list is the one that really broke open my conceptions of who my 'people' (or peoples) are. This matches your DNA with existing populations in the world who could be 'pure-blood' or mixed. These are my closest DNA 'relatives' in the world today.

#1 The Polish Tatars. I suppose with so many Northeast European and Central Asian Turkic people showing up (Tatars, Bashkirs, etc.) my mother's ancestral Jewish lineage must be heavily mixed with tribal peoples who ended up in Latvia, Poland, and elsewhere. Jewish Khazars? Conversions? Pogroms? Interbreeding? I may never know.

#2 European-Aboriginal Australians. Huh? I can't even begin to understand this one, though it certainly explains my unruly hair and why I love the didgeridoo. Did one of my "European" ancestors stop off in Australia and have a kid or two before he or she made their way to the United States? Or is DNA tribes just completely wacked out? Whatever. I have no problem embracing my Australian aboriginal cousins, mixed or not.

#3 Central Mexicans. Ja ja ja. Ahora entiendo porque he pasado tanto tiempo con los latinos. Yeah Spanish has come pretty easy to me and now I understand it's because so many latinos are my DNA cousins. Central Mexicans are basically European-American Indian mixed bloods, so this kind of fits in with the family tradition of Native ancestry, or at least fits in with the European-Asian mix that seems to be prevalent in my DNA. (Native American DNA apparantly shows up as "Asian" in the DNA ancestry world.)

#4. United States Caucasion. Well yeah, this is always what I THOUGHT i was when I was growing up as a little fair-skinned blue eyed white girl. And despite what everyone says about these people, I also accept them as my brothers and sisters in the human family. Some of my best friends are U.S. Caucasians, really.

Again, my DNA matching so highly with East Indians is about as understandable as the match with Australians. All DNA tribes really told me was what I already knew--that I am an ancestral mutt, that no matter what tribal circle I am standing in I will always have one foot outside it. And that will be the foot that is looking for the larger circle.

Others in the top twenty were Maraicabo, Venezuela, Scotland, Italy, the Flemish, the Bashkirs and Udmurts again, more U.S. Caucasian groups and more European-Aboriginal Australian groups.

I shared all this info recently with a friend. "But it's too much!" He said. "Too many relatives!:

Indeed it is, I thought. One great big sprawling messy family of too many relatives.

We are the world.
Posted by Lisa Gale Garrigues at 4:41 PM

Email ThisBlogThis!Share to TwitterShare to FacebookShare to Pinterest
Labels: ancestry

I wouldn't put any importance on the results. Autosomal DNA by its nature is so mixed up it can tell you nothing about your ancient ancestry or origins. The fact that some companies offer these types of tests says alot about the guilability of consumers, little about the past. Try Y-DNA and Mt-DNA testing far more reliable.

It has been awhile since I made this post, and by now I thoroughly agree with you, especially about DNA tribes.
Really, all they are measuring is how similar your particular ethnic mix is to the populations, mixed or not, that they happen to have on file. I have discovered that the free site http://www.gedmatch.com is much more interesting, and more accurate. Y-DNA and Mt-DNA are good for knowing some of your ancient lineage, but they don't tell the whole story, since they will only track two ancestral lines--your father's father's father etc. and your mother's mother's mother etc.

All in all, I have discovered a great deal about the peoples of the world and their history through my own ancestral investigations. In the long run, we are all cousins.

An update: The DNA testing company 23andme has recently updated their test and now gives much more accurate and detailed ancestral results than they did before. They have also lowered their price to $99. I would definitely use them before DNA Tribes.

I did the DNA tribes thing, and our results are very similar, and similarly puzzling! I am also born Jewish, but discovered a good chunk of East Indian Canadian as well as Argentinian in my dna. Have NO idea what to make of it, and it drives me nuts! Iwould love to know...

As I mentioned earlier, I think DNA tribes can sometimes create more confusion than clarity if you are just beginning on this search, especially if you have any mix in your ethnicity, because it basically takes your particular combination of DNA and then matches it to combinations that are similar. It would be like saying a Picasso is similar to a Van Gogh because each painting has equal amounts of the same colors. DNA tribes is NOT looking at your actual ancestry, whereas 23andme is. So the East Indian Canadian could actually be some Asian ancestry, which is not uncommon in Ashkenazi Jews.

For example, I have no aboriginal Australian ancestry, yet DNA tribes made mixed aboriginal one of my highest matches.

My recommendation is to check out 23andme--they'll do a better job of breaking down your actual ancestry.

The European-Aboriginal Mixed marker is comparing you to their similar DNA whom the aborigines are Asian related alleles, they clarified it to when I asked them, they said it was a similar results because that the only mass modern group that has Asian related DNA that had substantial mixing between Europeans and Asian related population, but my Asian related dna was not Aboriginal, it was Altai, and Malay Archipelago. My mother is part Mongolian and also Dutch Indo, so they hit it right on.

Lisa Gale Garrigues
Lisa Gale Garrigues is a writer, multimedia artist and teacher whose work has taken her throughout Europe and the Americas. She has published award-winning fiction, essays, journalism and poetry in both English and Spanish, and exhibited her photography and videos in diverse venues. She currently lives in San Francisco, where she teaches classes in writing, creativity and intuition. More info at http://www.lisagarrigues.com

Some Media I Have Contributed To: