The Shadow of "The Secret" 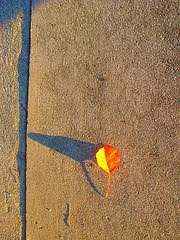 
When the book and movie "The Secret" came out, I thought, "Well this is really nothing new, it's just packaged in a new and zippy way."

There is a lot about "The Secret" and the "Law of Attraction" that I like, the fundamental part being that it encourages us to take more responsibility for our lives, examine our own 'self-talk', and move out of victim mode into creativity, hope and possibility.

However, at it's worst it's a cream puff philosophy that encourages magical, egocentric thinking and flattens the human condition into a simplistic polarity of good and bad, as in the following from 100 quotes from The Secret:

16. We don't need to complicate all the "reasons" behind our emotions. It's much simpler than that. Two categories .. good feelings, bad feelings.

14. EVERYTHING in your life you have attracted .. accept that fact .. it's true.

15. Your thoughts cause your feelings

27. You can change your emotion immediately .. by thinking of something joyful, or singing a song, or remembering a happy experience.

While "The Secret" moves us into taking greater responsibility for our happiness, it leaves out some pretty important bits, as far as I'm concerned. One is just plain old fashioned compassion. All too often, I've heard people use The Secret and The Law of Attraction to a) convince themselves that the world revolves around themselves and their needs, and b)that they can run from any responsibility for making the world or their neighbor's world a better place, because after all, bad things only happen because on some level we have attracted them to us by our thoughts.

"Ew," somebody said recently when told that a friend had developed cancer. "Why would she want to attract THAT to her?"

The reasons for 'attracting' cancer to oneself may be multiple--you may have lessons to learn from the cancer, you may learn through it to develop compassion for others, you may just be ready to call it quits, or maybe it had something to do with the asbestos in that office building you worked in for all those years.

Our response to tragedy or difficulty in our life or the lives of others can enrich us or shrink us. If one's only response it, "Aw gee, I guess I--or she or he--just didn't think enough positive thoughts---then that to me is shrinking us, not enriching us."

The other important bit "The Secret" and "the Law of Attraction" seems to leave out is the human shadow, which is that part of ourselves that we do not want to own consciously--our 'bad' thoughts and feelings like anger, fear, shame, etc. This shadow is not easy to face, but it is packed with power if we do face it and embrace it within ourselves in a compassionate way. After we have faced it, then we can loosen its hold on us, and perhaps even let parts of it go completely. But running from it, even if we think we are doing ourselves a service by 'not thinking negative thoughts' only makes it bigger.

Here is a beautiful example of one person's struggle with "The Secret", and with her own shadow, from a sassy atheist blog called Heaving Dead Cats:

"I developed this fear that my thoughts controlled my husband’s success or failure at driving to and from work. If I had a worry based on the weather conditions that he might have an accident, I would panic and had to tell him to drive carefully, and I had to think only positive thoughts while he was on the road. This became an obsession in which I had to tell him to drive carefully before leaving or he would crash. It didn’t have anything to do with his driving skill, the safety of our well-maintained car, or anything else. It was all down to my thoughts. The problem is, the more I tried to avoid thinking about accidents the more they filled my mind. If he did have an accident it would have been my fault entirely. It wouldn’t have anything to do with the stupid deer that stand in the road, the patch of black ice, or the idiot that stopped dead at a green light because he was texting his girlfriend.

This then led to other obsessive thoughts that seemed to be incredibly important for our happiness and safety. Innocent random thoughts became terribly important. Mild concerns harbored doom if they weren’t countered with positive thoughts. A mild and common worry about leaving the coffee pot on would lead to thinking of the house burning down, a brief worry that would turn into a horrid panic. I had just sealed my fate by having that flash in my mind. It doesn’t help that my mind is graphic and vivid in technicolored detail for such things. That only led me to believe I actually had power over such events."

If you've lost a good friend or family member, if you've been diagnosed with an incurable disease, or if you're just suffering some day to day human drama, thinking all the positive thoughts in the world and singing happy songs ain't always gonna cut it. Grief and tears, anger and rants, can be cathartic--if we allow ourselves to feel and let go of these emotions, then we can move into a more purified state where our whole being is enlisted to bring us more light.

Email ThisBlogThis!Share to TwitterShare to FacebookShare to Pinterest
Labels: "The Secret", healing, Shadow