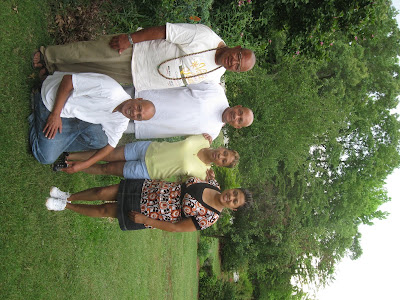 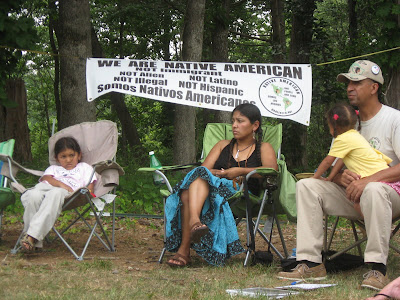 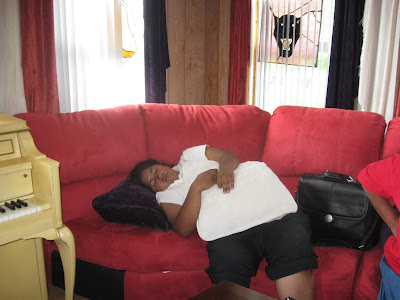 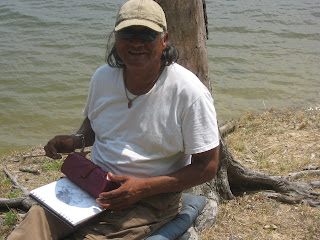 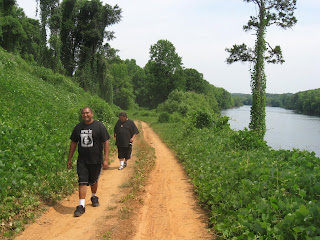 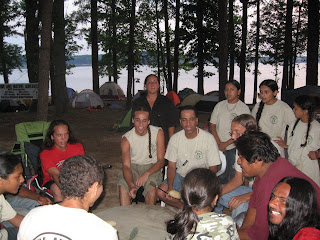 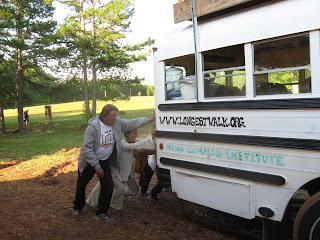 
Back on the Longest Walk. Still difficult getting internet access and getting on the blog.

Stayed with great folks at the Ocaneechi-Saponi reservation. The last full blood there died in the mid 1700's, so these folks look more like light skinned African Americans than full blood Indians. But they have recreated a traditional village, and are reviving their 'extinct' language. They also cooked up some seriously good fried chicken.

Interpersonal conflict continues on the walk, but it seems to be getting aired more, and resolved. People who took off for the NOrthern Route say conflicts are rife there too, and that visitors from the Southern Route did not feel very welcome.

One friend here, a Navajo, said he thought there was so much interpersonal conflict because of the work we were doing healing Mother Earth and the Native history on this continent. It's as if with every step we take we are soaking up her wounds and the historical wounds of the people we encounter. So naturally that's going to play itself out among us.

Other people have complained of the chaos and lack of leadership. The people who have taken on leadership positions are or have seriously burned out. Today and yesterday our extremely competent Japanese translator and finance coordinator blew her stack. Another walker stepped forward and asked Dennis to lighten up on the walkers, that everybody was burned out.

But the same Japanese woman led us in a hula dance and song today, which we all did. I didn't realize the hula was actually a martial art. You can see in the dance and song that it incorporates light and dark, and is nothing like the Hollywood versions of it I have seen.

These moments of song and dance as well as people's honest expressions of how they feel seem to have helped the mood of the walkers.

Dennis Banks has returned to the walk after being away with the Lumbee and Tuscalero people. He tried to get them both to join us, but word is that since the two tribes do not get along, when each one heard the other was going to be on the walk, they both cancelled.

Indian Country Today has run a good clarification story of an incident between walkers and police in Columbus, Ohio.

We are nearing the end of the walk, and will be arriving soon in Washington DC.

A medicine man in Peru once said "How you arrive is very important."

I am thinking a lot about that as we near DC.
Posted by Lisa Gale Garrigues at 10:08 AM