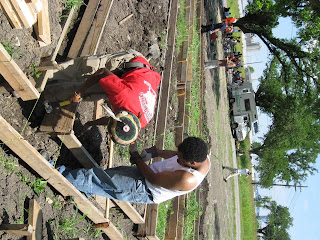 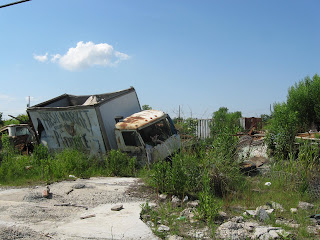 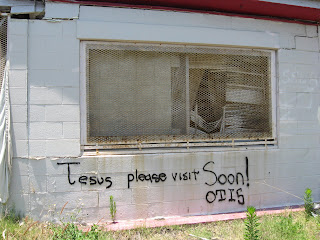 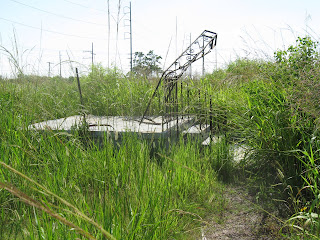 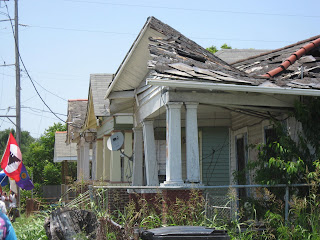 Three years after Hurricane Katrina devastated New Orleans' Ninth Ward, survivors like Robert Green (see below) have not yet received their city government checks to rebuild their houses.

Residents complain that the city is playing a 'waiting game'--holding off on giving survivors their money, and charging them for not mowing the uncut grass that has overtaken the empty lots that once housed middle class black families. Many of the owners of these lots are elderly, and survivors fear the government is simply waiting for them to pass on, so they can "gentrify" the neighborhood--ie, build new housing developments for upper income white residents.

Some residents, like Green, have decided the best course of action to prevent this is to stay in the neighborhood, even if it means living in unsafe FEMA trailers. Said one African-American pastor who has enlisted volunteers from UC Berkeley to help rebuild his home: "As long as I stay here, they''re not going to 'gentrify'.

In the midst of the wide expanse of empty lots that the lower ninth ward has become, people on the Longest Walk Two noticed a newly build yellow house with an abundance of flowers planted in the front yard, a courageous testament to the stubbornness of homeowners who have refused to leave, and want their neighborhood back.

They stood across from the house and offered up a prayer for the home, as the residents sat on the front porch and watched.
Posted by Lisa Gale Garrigues at 10:48 AM

At last, I could find your post once again. You have few [url=http://tipswift.com]useful tips[/url] for my school project. This time, I won't forget to bookmark it. :)