Ma Da Go Cafone: The Secret Language of the South 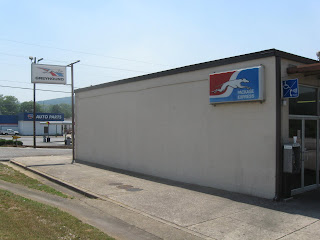 When I was in junior high school in Berkeley, an African-American friend named Gwen, took a trip down south to visit some relatives.

"Damn," she said when she returned, "I couldn't understand hardly anything they said."

"Like what?" I asked, stuffing my clothes into the gym locker next to hers.

"Ma Da Go Cafone," she repeated. "It means 'my daughter went to California."

I thought Ma Da Go Cafone was so cool that I used it as a powerful mantra to torture my younger brother, repeating it over and over and telling h im I wouldn't let him know what it meant until he turned 13. I kept my word, but he was probably disappointed.

White or black, people here in the South talk differently than I do.

A pale skinny guy on the Greyhound bus from Alabama to Tennessee began to make conversation with me while I was trying to catch up on my writing.

"Ahm gon ta Paduca tagit me a truck." he said.

Oh lord, I thought, some redneck that has nothing better to do than make conversation that I don't understand.

Eventually he began to make so many semi-intelligible comments that I was forced to put down my pen and listen.

And I found that the guy had a lot to teach me. About what it's like to be a truck driver in Alabama, for instance, when all the small and middle sized trucking companies are folding because of the price of gas, and the big companies are cutting back on salaries and benefits.

Well, I thought, this is a language that a lot of people in this country seem to be speaking.

I learned about his passion for genealogy--something we share--and about how to speak Southern.

"What?" I asked politely, wondering if he might be trying to tell me about his daughter going to California.

"Yont ta come with me ta Paduca? Mayonaisse a lotta people on this bus!"

He laughed, then admitted that he had stolen a lot of his lines from a famous Southern comedian who makes jokes about rednecks.

But it was new to me, so I laughed too.

"When ah wuz up North, "he said, "ev'body loved the way ah talked. They jus kept asking me over and over to say something, anything."

The countryside we were passing was green, with rolling hills. Alabama was much more beautiful than I expected.

"That's my town," he said, "just over that hill. Not much to look at, just simple country living, but it's where I'm from. I love it. Wouldn't want to live anywhere else. "

I had put my writing pad down. He was actually a pretty interesting and good hearted guy.

At Nashville, the bus stopped, and I got off, wishing him goodbye and good luck.

He said something in response that sounded like a mouthful of cornbread, but which I now recognized as the secret language of the South.
Posted by Lisa Gale Garrigues at 11:20 AM

Email ThisBlogThis!Share to TwitterShare to FacebookShare to Pinterest
Labels: Alabama, on the bus, Tennessee